Inequality and the Digital Turn in Research

As the COVID-19 outbreak spread to West Africa in early 2020, I took an interest in the scapegoating of returning Senegalese migrants based in Southern European countries by their fellow citizens in Senegal. The belongingness of these travelers is unquestioned in Senegal, as they are often celebrated in the country as local heroes and saviors of families, communities, and the national economy. Because of this, their stigmatization as COVID-19 vectors during the early period of the COVID-19 pandemic in Senegal stood to enrich a literature on epidemics and xenophobia that has tended to focus on the scapegoating of those perceived as other- “migrants,” “strangers,” and “foreigners”- during public health crises.

Like many seeking to undertake field research during the COVID-19 pandemic, my plans for fieldwork came up against curbs on mobility and physical interactions that formed a major part of the pandemic control response of many countries. Many researchers seeking to forge ahead with field research in these challenging times have taken a digital turn involving the employment of voice and video technology to conduct interviews and carry out surveys. Many have also shifted to the exploitation of data on digital platforms including online archives, online news sources, databases and secondary literature. It is best to think of this digital turn less as a complete rupture and more as an intensification of the use of these methods that were exploited by scholars to a limited extent long before the pandemic and its disruptions.

Facing the challenge of carrying out field research as Senegal imposed its first round of COVID-19 restrictions in the first half of 2020, I took a similar digital turn by intensifying my use of online news stories and my employment of voice and video technology to conduct interviews from afar. I used online news stories for my work on property rights (Onoma 2010) and on anti-refugee violence (Onoma 2013) and I had always used digital methods to do follow-up interviews on my return from field research in cases where I needed further clarification. The true departure from my pre-pandemic work was my embrace of anonymous comments on online news stories as data.

Anonymous online comments posted to news stories were an increasingly important data source for scholars even before the COVID-19 pandemic. Anonymous online commentators share opinions on stories, interpret and explain facts in them, provide additional information on, and contextualize these stories.  Like many scholars that use these comments as data in social science research, I was attracted to them partly because of their easy accessibility and abundance in a pandemic era where the face-to-face interactions that are involved in data collection had become perilous and often illegal. Further, anonymity may engender more open expression of views and the absence of a questioning researcher obviates the biasing of responses by interviewees mindful of the eye of the interviewer.

Challenges with using these comments as data in social science research include the fact that large amounts of comments are produced by internet bots instead of humans, limiting how much they tell us about people’s views and misleading us in the process (Bruce 2020). It is also difficult to tell the true identities of online commentators since they are free to present themselves as they wish on these platforms. Further, while the extremism provoked by anonymity (Taylor et al 2016; Henrich and Holmes 2013) may help us better understand behavior and interactions clouded by anonymity like secret balloting, they limit our capacity to make sense of social interactions involving non-anonymous speech and behavior.

Selection bias is a major challenge in the use of anonymous online comments in social science research (Iacus et al 2020)  and a class-related bias has been a major concern that I have grappled within my work.  Access to technology- computers, smart phones, and the Internet- which overlaps with class, has an important impact on who contributes to these comments. A 2018 Pew Research Center report ranked Africa as having the lowest rates of smart phone ownership in the world. There is significant variation across and within countries (Silver and Johnson 2018), with Senegal having an ownership rate of 33%, above the continental average of 23% (McCracklin 2019). Access to the Internet, which is also critical to making these comments, stands to lock out many in Africa. In 2019, the Continent had a mobile internet penetration rate of 23%. As with access to smart phones, there is significant internal variation across and within countries on the continent. Kenya has a penetration rate of 83% (McCrocklin 2019). Beyond technology, literacy also biases these comments with people needing to be able to read and write to comment on online news stories. Senegal’s adult literacy rate was estimated in 2017 at 52% (UNESCO). In an African context where access to technology and the ability to read and write are not only relatively low but unevenly distributed (Christiaensen 2016; Kuo 2016), the views of poorer people are less likely to show up in these comments because of their more limited access to technology as well as their lower rates of literacy. 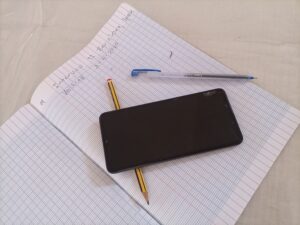 My research on the stigmatization of Senegalese migrants based in Southern Europe during the early days of the COVID-19 pandemic was particularly sensitive to this selection bias because of the pronounced class dynamics that migration and transnationalism are immersed in and contribute to (Gardner 1995; Fouquet 2008; Diouf 2000). These Senegalese migrants in Southern Europe, who are often referred to as “Modou Modou,” are drawn predominantly from rural areas and from the urban informal sectors. People often deride them as uncultured and uneducated and contrast them to both educated Senegalese living in the country and other Senegalese migrants that are drawn from more educated classes (Fall 2017; Mbodji 2008). As the Senegalese state has retrenched and public servants’ standard of living has declined under the weight of prolonged economic crises, the educated civil servants- les cadres– that formerly personified social success have lost significant clout just as the uneducated and often rural migrants that make it to Southern Europe gain increasing renown and celebrity back home as saviors of their families, communities and even the nation (Diouf 2000; Melly 2011). All of this has transformed the “Modou Modou” into a lightning rod for class contestation. Some point to their success as evidence of the un-usefulness of formal education and public sector employment, while others highlight their supposedly uncouth habits and profligacy as evidence of the importance of education and “civilized upbringing” (Mbodji 2008; Fall 2017; Uberti 2014; Riccio 2005; Melly 2011).

In my work, I analyzed online comments posted to news stories on Seneweb focusing on the early evolution of COVID-19 in Senegal. Seneweb produces news content and disseminates news stories produced by other media outlets. It is one of the biggest websites for the dissemination of news on politics, entertainment and society in Senegal and its diaspora. The comments on stories on the “Modou Modou” and the evolution of COVID-19 in Senegal were rife with the usual denunciations of these migrants as uncouth, uneducated, and self-centered (Onoma 2021a; 2021b). While discussing the return of these migrants and its potential for spreading COVID-19 in Senegal, one commentator declared that “They [the “Modou Modou”] are not stubborn. There are just many really ignorant people among them, and you cannot change their views because they are just like people that have never left the village.”1 Another commentator discussing the difficulty of preventing these migrants from returning to Senegal during the pandemic noted in exasperation that “The Modou Modou will continue to return to Senegal, and they will do so by road if that is what it takes. These dumb emigrants in Spain and Italy! No education, low intellectual level. The Senegalese emigrants in other countries don’t behave in this.2 Another commentator was brief in proclaiming that “These Modou Modou are just simply selfish.”3

The tendency to denigrate the “Modou Modou” in these commentaries is unsurprising. The greater access of les cadres to ICT technology and their literacy stands to make their voices predominant in online comments. Literacy requirements and lesser access to technology ensures that the voices of poorer Senegalese that are more dependent on the economic help of these migrants are less present in these commentaries. Low literacy rates among the migrants also ensures that they were less likely to contribute to these commentaries.

Interviews using electronic voice and video systems, while having their own limitations, posit a lower bar for the poor than anonymous online comments. Access to a telephone, which does not even need to be a smart one, is the bare minimum required for voice interviews. In 30 interviews using voice technology that I conducted for this project, I noted a more balanced approach to the question of returning migrants than in online comments. People were, for example, more likely to recognize the contributions of these migrants to the Senegalese economy.

Despite the limits of anonymous comments posted to online news stories, the researcher needs not entirely flee the use of unsolicited digital content as data since other digital data sources do a better job of balancing out voices across classes. While technology barriers exist for the use of social media platforms like Facebook, WhatsApp, and YouTube, they lack the literacy barriers that exist for commentaries on news stories. During the pandemic discussions on “Modou Modou” and the spreading pandemic in Senegal proliferated on social media with many making and circulating videos, some of which were widely viewed. These content producers were not always literate (capable of reading and writing any language) and often used spoken Wolof, the lingua franca in Senegal in their videos.

In a pandemic situation in which scholars often lose the capacity to conduct their research in the best ways in which they wish and using their preferred methods, a conscientious choice of data sources can help reduce class-based selection bias in a world of unsettling inequalities.

Diouf, Mamadou. 2000. “The Senegalese Murid Trade Diaspora and the Making of a Vernacular Cosmopolitanism.” Public Culture 12(3):679-702.

Kuo, Lily. 2016. “The world’s poorest households are more likely to have a mobile phone than a toilet.” Quartz. January 15. https://qz.com/africa/594455/the-worlds-poorest-households-are-more-likely-to-have-a-mobile-phone-than-a-toilet/(Accessed November 19, 2021).

Onoma, Ato. 2021b. “Citizen Vector: Scapegoating within Communal Boundaries in Senegal during the COVID-19 Pandemic.” In Viral Loads: Anthropologies of Urgency in the Time of COVID-19. Edited by Lenore Manderson, Nancy Burke, and Ayo Wahlberg, 181-197. London: UCL Press.

Riccio, Bruno. 2005. “Talkin’ about migration. Some ethnographic notes on the ambivalent representation of migrants in contemporary Senegal.” Vienna Journal of African Studies 8.

Understanding Movement and Perceptions of Migrants and Refugees with Social Media,

Defining an Ethics of Care in Fieldwork: Reflections on the Digital Turn

by: Mneesha Gellman, Emerson College (visit author’s website) Cliquea aquí para el artículo en espanol   I have a confession to make. I have been avoiding writing this post for a long time, because secretly, Read more…

Facilitating and Producing Research during the COVID-19 Pandemic: Lessons Learned