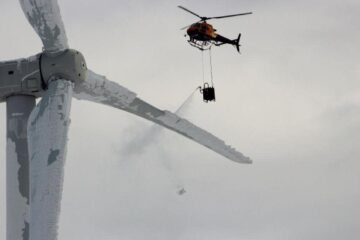 Digital Fieldwork, and the Case for Studying Misinformation as Information

In the midst of the February 2021 winter storm that gripped much of the continental United States, a picture circulated widely on social media. While rolling blackouts and power grid failures plagued Texas, tens of thousands of people, including major players in Texas’ oil and gas industry, members of Congress, and other high profile figures, shared and retweeted an image of a helicopter de-icing a wind turbine.